There is nothing more exciting for a maker than visiting another makers studio. We have developed a working relationship with Brennan’s Bit & Bridle in Bridgehampton, where we will be having a Trunk Show on November 7th.

This past summer Toshiki dropped by Brennan’s to chat with Master Saddle maker David Boot, whose studio is on site. David was born in London England, began his saddlery apprenticeship there at the age of 15, with George Parker & Sons, Saddlers to The Queen Mother.

David himself later earned this honor.

He and his partner Lucy now are full time residents of Long Islands East End.

David in the studio

David’s master George Parker in England, whom he apprenticed with 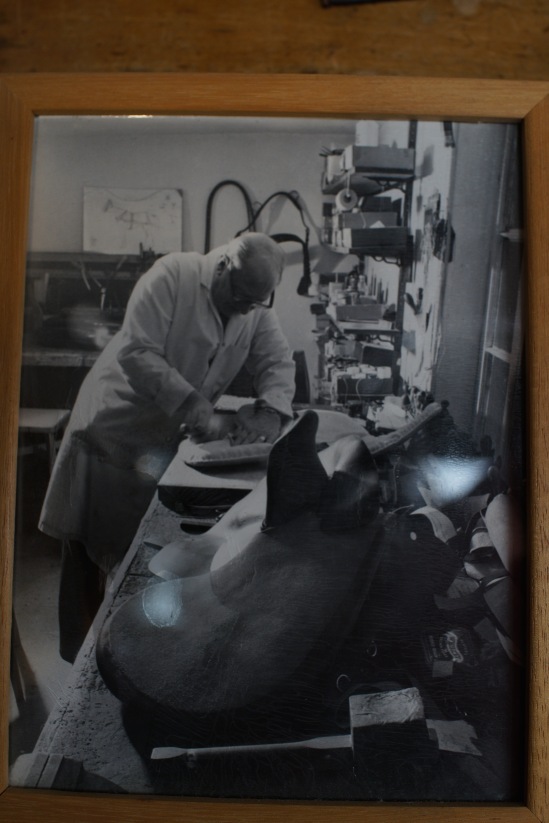 One response to “Meeting David Boot at Brennan’s Bit & Bridle”

This site uses Akismet to reduce spam. Learn how your comment data is processed.